Maria Bray Lights Up A Christmas Celebration on Thacher Island 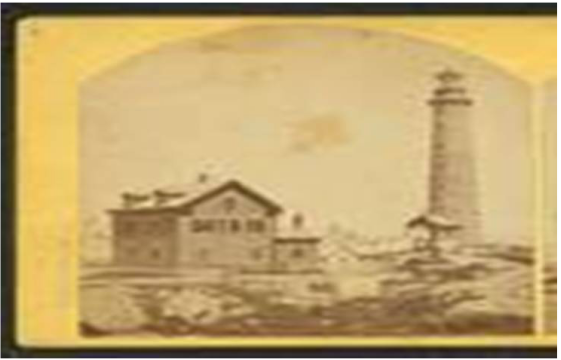 Thacher Island Light
Maria Bray learned to tend the Thacher Island lights from her husband Alexander, and she used her knowledge to guide him and his assistants safely home

Maria Bray and her husband Alexander were both from old Gloucester families and the ways of the sea were as familiar to them as their families. Thacher Island , located off the east coast of Cape Ann, Massachusetts, with Rockport, Massachusetts the nearest town, also played an important part in their lives. Two December days and nights a few days before Christmas of 1864 proved to be especially challenging for Maria Bray.

Thacher Island ItselfStorms literally and figuratively shaped the history and culture of Thacher Island. The island itself is named for Anthony Thacher, an Englishman who in 1635, traveled from Ipswich to Marblehead, Massachusetts. His ship, the Watch and Wait carried two dozen passengers including Thacher, four of his children from a previous marriage, his wife, Elizabeth, and Thacher’s cousin Reverend Joseph Avery and his wife and six children. Thacher and his wife Elizabeth were the only survivors of the wreck. The General Court awarded
Anthony Thacher the island “at the head of Cape Ann” as partial compensation for his losses. Thacher named his newly acquired island “Thacher’s Woe.”

Thacher Island stayed in the Thacher family for 80 years, and then the Massachusetts colonial government bought it back for 500 pounds to use as a site for a light station. John Hancock who owned ships on Cape Ann presented a petition asking for two lighthouses to the General Court and dues collected from local shipping paid for construction costs.

// On December 21, 1771, the two 45 foot stone towers, approximately 300 yards apart, were lighted for the first time. The Thacher Island lights also
achieved some other firsts. The twin lighthouses were the first built to mark a perilous spot for mariners, the Londoner Ledge southeast of Thacher Island. Previously, colonial governments had built lighthouses to mark harbor entrances instead of perilous spots. Mariners quickly dubbed the twin lights “Ann’s Eyes.”

Alexander and Maria Herrick BrayAlexander Bray, a Civil War veteran, became an assistant keeper of the Thacher Island lights in 1861 and in 1865 he was promoted from assistant to principal keeper with a salary of $1,000 per year. Supposedly, he was the first man to light the new lens in the south tower.

The historical record reveals Maria Bray as a woman of literary talent and possessing the power and force to use her talent in a time when women’s abilities were often unrecognized. She wrote articles for local newspapers, crafted short stories and served as an editor of a literary magazine called Magnolia Leaves. While her husband, Alexander, served on Thacher Island, Maria became intensely interested in classifying marine plant life. She assembled a significant collection of sea mosses and algae, becoming a recognized authority in the field. She also worked alongside her husband and learned to do all of his light keeping tasks.

Maria Bray and Her Assistants Keep the Lights BurningBack on Thacher Island, Maria Bray and her helpers knew what had to be done. Generations of maritime living had instilled the stern duty: the lights must be kept burning. Again, the sources differ about who helped Maria Bray keep the Thacher Island lights burning. Some sources say that her nephew, Sidney Haskell, helped her with the monumental task of keeping Cape Ann’s Eyes burning through the storm. According to lighthouse historian Jeremy D’Entremont, her obituary says that the wives of the two assistants helped her with the lights.

Maria had help, but her steadfast mariner’s soul motivated her to lead her assistants repeatedly into the blinding storm. Carrying the fuel for the lamps, they climbed the 148 steps to the top of the nearest tower, trimmed the wicks and cleaned the lantern panes. After they had tended the nearest tower light, they pushed through the gusty winds and blowing snow to the other tower which stood 900 feet away to tend that light. Maria and her assistants tended the lights for two nights.

The Brays and Their Assistants Have a Merry ChristmasAfter a two day blow and still blowing, Alexander Bray and his assistant keepers decided brave the snow, wind, and waves and try to make it home to Thacher Island.

The snow still pelted down in thick sheets and the wind drove it into the eyelashes of the men making it necessary for them to pull snow out of their eyelashes to keep their eyes from freezing shut. The wall of snow seemed solid, but suddenly Alexander saw two golden beams piercing the snow. Maria and her assistants hadn’t just kept one light going, they had maintained both of them! Cape Ann’s Eyes guided their way back to the island.

A few minutes later, the half frozen keeper and his assistants sat warming themselves by the stove, secure in the knowledge that Ann’s Eyes still shone in the storm. Everyone wished each other a heartfelt Merry Christmas!